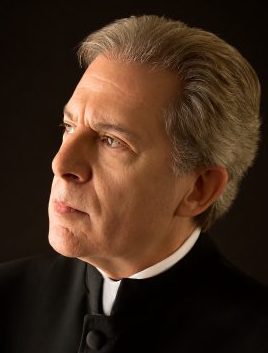 Richard Rosenberg, artistic director & conductor, is one of a handful of American conductors whose experience ranges from contemporary music to historical performance practice. Under his baton, Richard’s editions of music by the 19th-century Louisiana composers Edmond Dédé, Louis Moreau Gottschalk and Lucién Lambert, as well as music by Jerome Moross, are available on five compact discs on the Naxos/Marco Polo label as well as his best-selling recording of jazz-inspired concerti including music by George Gershwin, James Price Johnson, Harry Reser and Dana Suesse.

Earlier in his career, Richard was for fifteen years the Artistic Director of the Hot Springs Music Festival, Music Director of the Chamber Orchestra of California in San Francisco, the Waterloo/Cedar Falls Symphony Orchestra, the Corpus Christi Symphony Orchestra, the Pennsylvania Ballet and RESONANCE, a New York contemporary music ensemble. He also served on the conducting staffs of the Baltimore Symphony, the Oakland Symphony, the London Classical Players, the Michigan MozartFest and the Aspen Music Festival and as Acting Director of Orchestras at the University of Michigan in Ann Arbor.

Richard has performed as guest conductor in Asia, throughout the Americas and Europe. With the violist Yizhak Schotten, Richard recorded a disc of works for viola and chamber orchestra for Crystal Records, and he directed American contemporary music for the Opus One label. Richard conducted the groundbreaking collaborative concert of an American orchestral ensemble and an ensemble of traditional Japanese instruments, Pro Musica Nipponia, in Detroit’s Orchestra Hall. The concert included music written for this cooperative experiment by Minoru Miki, one of Japan’s preeminent composers.

He received a Rackham Fellowship to work with Sir Roger Norrington and Nikolaus Harnoncourt. His training also includes studies at Yale University with Otto-Werner Muller, the Peabody Institute-Johns Hopkins University with Frederik Prausnitz, the Mozarteum in Salzburg with Herbert von Karajan, the Aspen Music Festival with Paul Vermel, at the City University of New York with Fritz Jahoda, Cincinnati College-Conservatory with Gerhard Samuel and the Accademia Musicale Chigiana in Siena with Franco Ferrara.

He is an honorary Paul Harris Fellow of the Rotary International Foundation, an honorary National Arts Associate of Sigma Alpha Iota, a member of the National Advisory Board of the Henry Mancini Institute and a member of the Alice Rich Northrop Memorial Foundation. On a Yale AluminiVentures Grant, he traveled to Cuba in 2010 to research lost works of Louis Moreau Gottschalk, returning with over 1100 pages of music. Also in 2010, he rediscovered the lost opera by New Orleans composer Edmond Dédé, Le Sultan d’Ispahan, which was written in 1887 and never performed. Rosenberg conducted the world premiere of the overture in 2011 and is transcribing and editing the entire work for future performance. Several years ago he rediscovered Cole Porter’s last musical, Aladdin, which he premiered in 2006.

In addition to his work as a conductor and teacher, Richard is also a recording producer, chansonnier, editor and arranger. He has given several performances of H. K. Gruber’s pandemonium, Frankenstein!! as both conductor and chanssonier to critical acclaim.

In addition to his work as a conductor, Richard has produced two compact discs of music with jazz legend Dave Brubeck, and two discs of Mozart piano concerti, for the Naxos Records label. Richard’s numerous orchestrations and his corrected editions of J.S. Bach’s Saint Matthew Passion, George Gershwin’s A Rhapsody in Blue, Arnold Schonberg’s Verklärte Nacht (which will be released in 2020 with Richard Strauss’ “Metamorphosen” for Centaur Records) and the complete orchestral music of Gottschalk (which he has just prepared for publication) have received numerous performances.