MENU
Home > About the NMF > Staff

Expand All Tabs Close All Tabs 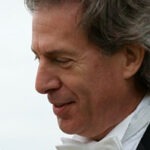 Richard Rosenberg’s music directorships have included the Union Symphony Orchestra, Corpus Christi Symphony, the Chamber Orchestra of California, the Waterloo/Cedar Falls Symphony, Hot Springs Music Festival and the Pennsylvania Ballet. He also served on the conducting staffs of the Baltimore Symphony, the Oakland Symphony, the London Classical Players and the Aspen Music Festival, and as Acting Director of Orchestras at the University of Michigan in Ann Arbor. As a guest conductor, Mr. Rosenberg has performed with the Rochester Philharmonic, the Kennedy Center Opera Orchestra, Miami City Ballet, and symphony orchestras and ballet companies throughout the United States, Europe and South America. Read More…

Caitlin Patton is a Standards for Excellence®  Licensed Consultant. She received her Master of Public Administration program at the College of Charleston in Charleston, South Carolina, where she focused her studies in Arts and Nonprofit Administration. She was the graduate assistant in the Arts Management program, where she worked on graduate student recruitment and with the Charleston Jazz Initiative. Upon her graduation, she was inducted into Pi Alpha Alpha, the national public administration honor society, and received the MPA program’s Outstanding Student Award in recognition of her 4.0 cumulative GPA and involvement in the MPA community. Read More… 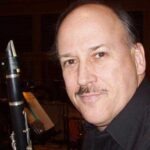 Thomas Parchman was born in Memphis, Tennessee. His early musical training was in public school bands and youth orchestras, and his first opportunity to perform in an opera was as a member of the on-stage banda in Verdi’s Aida with the Metropolitan Opera when it toured to Memphis.  This early experience was the first of many in opera, which led to a twenty-five year association with the Spoleto Festival and the Festival dei due Mondi as both and administrator and performer.  He now is the Principal Clarinetist with Opera Maine, as well as the Orchestra Manager.  He also manages the orchestra needs for Portland Ballet, and the Conductor’s Retreat at Medomak.

In his role as a Professor of Music at the University of Southern Maine, Dr. Parchman been involved in the creation of new curricula for both the School of Music and the University at large with it’s general education program.  He was part of a team that created a new Entry Year Experience course “Musician’s Health: A Path to Peak Performance”.  This fall he is teaching a new general education course in ethics “Devils, Dwarfs, and Dragons: Anti-semiticsm in Music”. 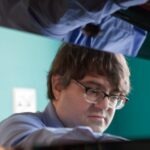 Alan Rothschild is a certified piano technician and teacher who specializes in tuning, repair and keyboard regulation. He studied at the New England Conservatory of Music and apprenticed and worked at the Tanglewood Music Festival. In addition to a plethora of private clients, his corporate clients include the Boston Conservatory of Music, the Boston Symphony Orchestra, Wellesley College and Wheaton College.

Robert Stiles was appointed Principal Librarian of the Detroit Symphony Orchestra in September 2004, and began his career with the Orchestra as Librarian in July 1999. Both a musician and a scholar, he maintains active connections to both areas of his professional life. Stiles earned a Doctor of Musical Arts in Double Bass in 2003 from the University of Texas at Austin. In his dissertation, “Serge Koussevitzky: Recently Discovered Compositions for Double Bass and for Large Ensembles within the Context of His Life and Career,” Robert presented his discovery and evidence of 29 new compositions or arrangements by Koussevitzky, the great Russian 20th century double bass virtuoso, founder of the Tanglewood Music Center and conductor of the Boston Symphony from 1924-1949. The documentation of these works is significant as it provides proof Koussevitzky was an active composer and confirms the five works attributed to him, including his own concerto, were his own and not the work of others. Stiles was featured on a BBC broadcast in 2003 discussing his findings. Other publications include his master’s thesis “Lass uns das Lied des Schiller:” Musical and Philosophical Unities in Ludwig van Beethoven’s Ninth Symphony, which examines the concept that the famous “Ode to Joy” is the basis for every thematic area in this work and served as a unifying force not only in the Ninth Symphony but also in every aspect of Beethoven’s later years.

Originally from Madison, Wisconsin, Jaryn Danz is currently pursuing her Doctor of Musical Arts degree in Viola Performance at the Ohio State University. In addition to her interest in performing, Jaryn also enjoys the administrative side of the music; she completed a Graduate Certificate in Arts Administration while doing her Masters degree at University of Colorado Boulder and attended NMF as an Arts Administration Apprentice in 2019. Her previous work in administration has been in fundraising. Jaryn’s current musical interests lie in contemporary viola repertoire and chamber music for unexpected groupings of instruments and she likes to knit, sew, and read in her free time. Following NMF, Jaryn will be heading to Greensboro, North Carolina, to work an administrative position at the Eastern Music Festival.