MENU
Home > About the NMF > Board of Directors

The mission of the National Music Festival is to present world-class celebrations of music and to provide affordable arts education and entertainment year round; as well as to foster economic development by contributing to the greater Kent County community as an arts and entertainment destination on the Eastern Shore of Maryland.

More information about the OuterArts Maryland, Inc. Board of Directors: 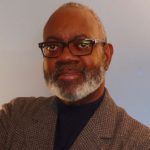 Charles Taylor graduated from St. Paul’s College with a degree in Organizational Management and later studied Urban Planning at the Massachusetts Institute of Technology. An early job as a radio announcer followed by a brief stint as a newspaper reporter launched Charles on a 37-year communications and media relations career encompassing the nonprofit, public, and private sectors. Charles has served as a senior corporate communications representative for Pepco and Dominion Virginia Power, a government media relations manager for Arlington County, VA, and a writer at the National Association of Counties in Washington, D.C. Since retiring in Chestertown last year, Charles has immersed himself in the community and fostered his love for music by serving on the county’s Social Action Committee, the Marketing Committee of the National Music Festival, and by singing with the Chester River Chorale.  He also plays the bassoon.

We are pleased to welcome Dorsey to the Festival Board! His photo and bio will be posted soon. 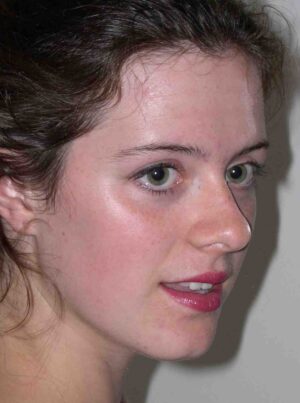 Caitlin Patton received her Master of Public Administration degree at the College of Charleston in Charleston, South Carolina, where she focused her studies in Arts and Nonprofit Administration. She was the graduate assistant in the Arts Management program, where she worked on graduate student recruitment and with the Charleston Jazz Initiative. Upon her graduation, she was inducted into Pi Alpha Alpha, the national public administration honor society, and received the MPA program’s Outstanding Student Award in recognition of her 4.0 cumulative GPA and involvement in the MPA community. She was admitted to Washington College at the age of 15 and graduated magna cum laude four years later with majors in Humanities and Music and minors in Creative Writing and English. Both during and after college, she taught violin and horseback riding lessons and trained horses professionally. Her arts administration experience includes positions with Spoleto Festival USA, the Boston Symphony Orchestra (at the Tanglewood Music Center) and as the first Executive Director of the Mid-Atlantic Symphony Orchestra. Her training includes a Professional Certificate in Arts Management from the University of Massachusetts Amherst Arts Extension Service, and the Essentials of Orchestra Management seminar at the League of American Orchestras. Caitlin serves as President of the Chester River Chorale and on the board of the Animal Care Shelter for Kent County. She previously served on the music grant review panel of the Maryland State Arts Council. 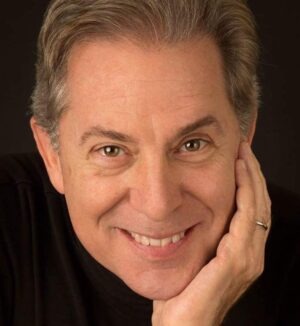 In 1988, he was awarded a Rackham Fellowship to work in Europe with Sir Roger Norrington and Nikolaus Harnoncourt. His training also includes studies at Yale University with Otto-Werner Muller, the Peabody Institute-Johns Hopkins University with Frederik Prausnitz, the Mozarteum in Salzburg with Herbert von Karajan, the Aspen Music Festival with Paul Vermel, at the City University of New York with Fritz Jahoda, Cincinnati College-Conservatory with Gerhard Samuel and the Accademia Musicale Chigiana in Siena with Franco Ferrara.

He has taught at the Washington College Academy of Lifelong Learning.  Maestro Rosenberg has recorded ten compact discs of American music for the Naxos Records label, including one with the National Music Festival to be released in 2020, and produced several CDs for the Yale School of Music and with jazz legend Dave Brubeck. 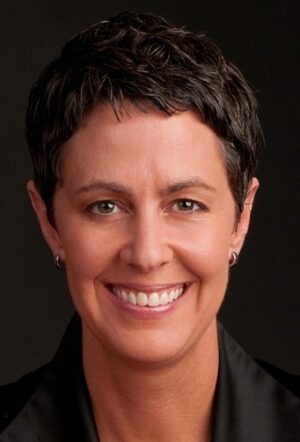 Highlights of recent seasons include Michael Daugherty’s Concerto for Timpani and Wind Ensemble, Raise the Roof, and a performance with the Maryland Band Directors Band of James Curnow’s Concertino for Solo Percussionist. Also a versatile performer on early music percussion, Humphreys was recently featured on several Spanish Baroque chamber music programs, including The Bach Sinfonia’s Nuevo Mundo Barroco and Harmonious Blacksmith’s Music of the Iberian Peninsula.

Michelle is a member of the Vic Firth Education Team, a frequent clinician, and a proud endorser of Grover Pro Percussion and Zildjian cymbals. 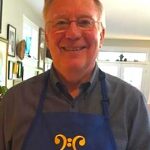 Bruce Hartwig was born and raised in San Francisco, California. After graduation from San Jose State College, he went to work with Electronic Data Systems as a System Engineer. After moving from San Francisco to Dallas to Des Moines to Indianapolis back to San Francisco to New York and finally to Madison, Wisconsin, he began a career as an independent computer programmer on mini-computers; remember DEC (Digital Equipment Corporation), Wang Laboratories and Burroughs Corporation? After the micro-computer took over the market he and others began a company that was an independent supplier of IBM PCs.

After the sale of that company, his career took a divergent path. Upon entering and graduating from seminary, he was ordained as a Presbyterian minister serving churches in Columbus Ohio, Oak Hill Ohio and Bethesda Maryland.

He retired in 2013 to Chestertown and is currently active as the treasurer of the town bocce league, active golfer at the country club, active pickleball player, and on the board of the National Music Festival. 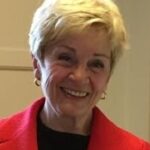 Turner Smith comes to Chestertown and Kent County from Baltimore, where he has been campaign chair of the Peabody Institute of Music, president of the South Charles Investment Corporation and vice-chair Anthony Deering, president and CEO of The Rouse Company.  He has also been closely affiliated with the Friends School of Baltimore, Centerstage and WC-All.  Mr. Smith is also an accomplished guitarist. 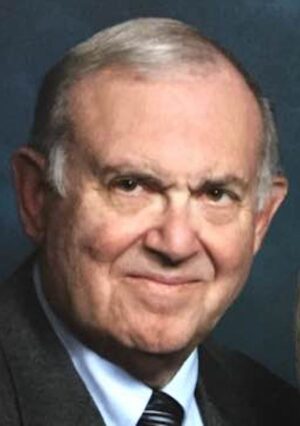 Mark Schulman, Ph.D. is an award-winning pollster and was co-founder/CEO of one of the nation’s largest survey research/polling firms, SRBI, now part of Abt Associates. He has worked extensively with the news media, major corporations, foundations, and government. For news organizations he has tracked presidential job ratings, political campaigns, analyzed election results, and probed policy issues. He served as Time magazine’s pollster for almost ten years. He was also on the ABC News Election Decision Desk for many years. He has been interviewed in the news media, including Time magazine, CNN, Fox News, the BBC, Vice Media/HBO, and many public radio stations.

Schulman was 2002-2003 president of the American Association for Public Opinion Research (AAPOR). He is a past president of the New York Chapter of AAPOR and received the chapter’s Achievement Award. He was on the editorial board of Public Opinion Quarterly, the leading academic journal in its field. He is currently Senior Research Consultant for SSRS Research.

Schulman received his B.A. from Washington College, Chestertown, Md., where he is member emeritus of the Board of Visitors and Governors. He holds a M.A. at the University of Wisconsin, Madison and a Ph.D. from Rutgers University. He also serves on the Board of Governors of the New School University College of Performing Arts in New York City. 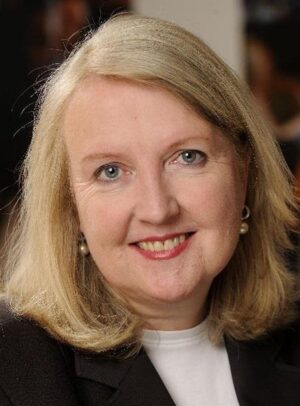 Susan Baisley became the Associate Vice President for Strategic Projects in Development and Alumni Relations at Johns Hopkins University in February 2019. In this role, Susan manages key new initiatives that range from the development of an enterprise (DAR) “alumni” organization to the creation of a program to recruit and retain entry level professionals. Susan had been the Associate Vice President for Constituent Engagement where her portfolio included Annual Giving, Alumni Relations, Donor and Volunteer Engagement, Development Communications, University Events, Parents Programs and Giving, Athletics, and Fundraising for the School of Education and the Center for Talented Youth.

Prior to joining Johns Hopkins, Susan was a founding partner of Alpha Capital Financial Group, a private equity fund. Previously, she was a Managing Director and Global Chief Marketing Officer for Citigroup Private Bank, where she was responsible for providing strategic marketing planning as well as marketing execution for business operations in thirty-four countries. Prior to that position, she headed marketing for Goldman Sachs’ Private Wealth Management Group. She also headed the
marketing department for J.P. Morgan’s U.S. Private Bank. In addition, Susan held a number of senior management positions in that organization, including heading marketing for the European and Middle East Private Bank (based in Geneva) and developing the brand and marketing plan for a mutual fund company, which J.P. Morgan created in partnership with Japan-based Daichi- Kangyo Bank.

Susan holds an MBA from Columbia Business School and a BA in Natural Sciences (biochemistry concentration) from Johns Hopkins University. 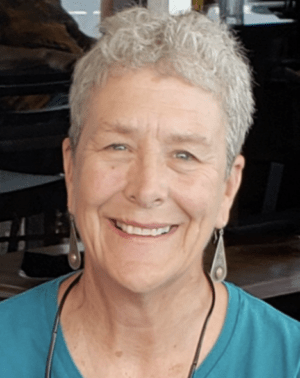 Mary Grace (“MG”) Brosius moved to Chestertown in 2007 from Bal?more, where she’d lived all her life, other than the years at St. Mary’s College of Maryland, while earning her BA in English.

What do English majors who don’t teach do? Administrative positions, of course. For the 20 years prior to MG’s moving here, she was Parish Administrator at the Cathedral of the Incarnation in Baltimore. The duties of this position included: preparing/printing bulletins and newsletters; membership and financial record keeping; humming hymn tunes to the Dean; coordinating a mid-week service – and myriad other tasks as they arose. She found the financial work to be satisfying; it was a finite task which balanced out the creative part of the job.

MG has had experience in Baltimore as treasurer of a neighborhood pool – as well as her Episcopal church. She’s been active here in Chestertown, as well. Not only does she sing with the Chester River Chorale, she served on the CRC Board as Secretary from 2008-2011.

Music has always been a joyful part of MG’s life and she has found the NMF to be a delightful addition to the CRC. She’s looking forward to being able to “give back.”

MG lives with her husband, Jack (the college sweetheart with whom she reconnected 15 years ago), in Chestertown. And currently (in her “retirement”), she works part-time for Christ United Methodist Church in Chestertown. She has one son, who lives in Colorado. 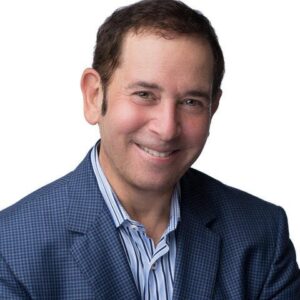 Michael Singer is a marketing management consultant. Following a 25- year career at Fannie Mae, the Urban Land Institute, and the Mortgage Bankers  Association of America, he started his own consultancy practice, with  the U.S. Department of Transportation, the U.S. General Services Administration, the American Bankers Association, the American  Institute of Architects and others as clients. He has been an active  board member of the Edlavitch DC Jewish Community Center since 2008, chairing its Literary  Festival for eight years and serving as board chair of its GLOE (Gay  Lesbian Outreach Engagement) program for the past eight years. He is a  member of the board of directors of TheatreWashington, an umbrella  services group for 93 professional theatres in the Washington, DC  metropolitan area, serving on its finance committee and Helen Hayes Award Host Committee. He is also an executive committee member at large of the board of directors of  Mosaic Theatre, where he chairs the Nominating Committee and serves on the Marketing  Committee and Strategic Planning Committee. A native of Brooklyn, New York, Michael grew up in Harford County, Maryland and graduated with honors from the University of  Chicago. An advocate for historic preservation, he and his partner James live in historic homes in Chestertown, MD and in the Capitol Hill neighborhood of Washington, DC. A classical music fan, he frequently attends the Baltimore Symphony, the Philadelphia Orchestra, and the National Opera in Washington, DC.